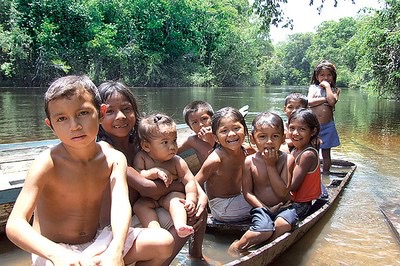 Fremont, California [February 6, 2015] – Arbor Vita Corporation, a privately held company, announced today that its Brazilian collaborators have launched a study implementing the OncoE6TM Cervical Test in  the Amazon city of Coari and surrounding villages.  Cervical cancer remains one of the major causes of cancer-related deaths in women, with the Amazon having one of the highest incidence rates not only in Brazil but the world.  Screening in such a remote area is difficult with low coverage and unclear results; investigators hope to determine if the OncoE6TM Cervical Test might be a better option.

Cervical cancer originates from Human Papillomavirus (HPV) infection.  The presence of HPV, however, does not necessarily cause disease; most women with HPV clear the virus without treatment.  In some cases, HPV expresses elevated E6 oncoprotein levels leading to cancerous transformation.  The OncoE6TM Cervical Test detects these elevated E6 levels.  In contrast, current screening technologies, such as Pap smears and HPV DNA tests, detect cell changes and/or the presence of (usually harmless) HPV.  These technologies require advanced healthcare infrastructure, limiting their applicability in rural areas.  By contrast, the OncoE6TM Cervical Test, which uses a simple dipstick-like format, is robust, easy, and quick to use.  No refrigeration is required, and the test can be conducted with only minimal training.  Results are available in two and a half hours, clearly identifying those women who are most likely in need of treatment; the short time from sample collection to result reduces loss to follow-up and allows for ad-hoc treatment.

Coari is a remote city of 60,000 people with mostly indigenous ancestry.  The city is without connection by road to the outside world; it can only be reached by boat from the state capital of Manaus or by airplane.  Coari operates as a regional commercial center where the surrounding population brings their crops, fish, and game to sell.  The last few years have brought a great amount of development from oil and gas exploration to the area.

Dr. José Eduardo (Levi) from the University of Sao Paulo and Dr. Kátia Luz Torres of the Amazon State Cancer Hospital, as well as researchers from the Federal University of Amazonas are evaluating the appropriateness of different cervical cancer screening algorithms for the environment.  This will include cytology and HPV DNA in more urban Manaus and Coari compared to OncoE6™ Cervical Test in the surrounding villages.  Samples for the OncoE6™ Cervical Test will be obtained by self-collection, a prerequisite for effective cervical cancer screening in such remote places.  Women with abnormal results as well as a subset of patients whose test results are negative will be transported to Manaus for colposcopy and, if needed, biopsies and treatment.  Histology will serve as the gold standard.

Along with Dr. Levi, representatives from Arbor Vita will also be participating in the Cervical Cancer Prevention and Treatment in Latin America Research Symposium in Barretos on February 5 and 6th. 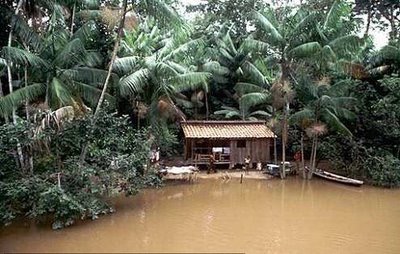 The OncoE6TM Cervical Test, which carries the European Union CE Marking of quality, is now available in many parts of the world.  To order, please contact: sales@arborvita.com