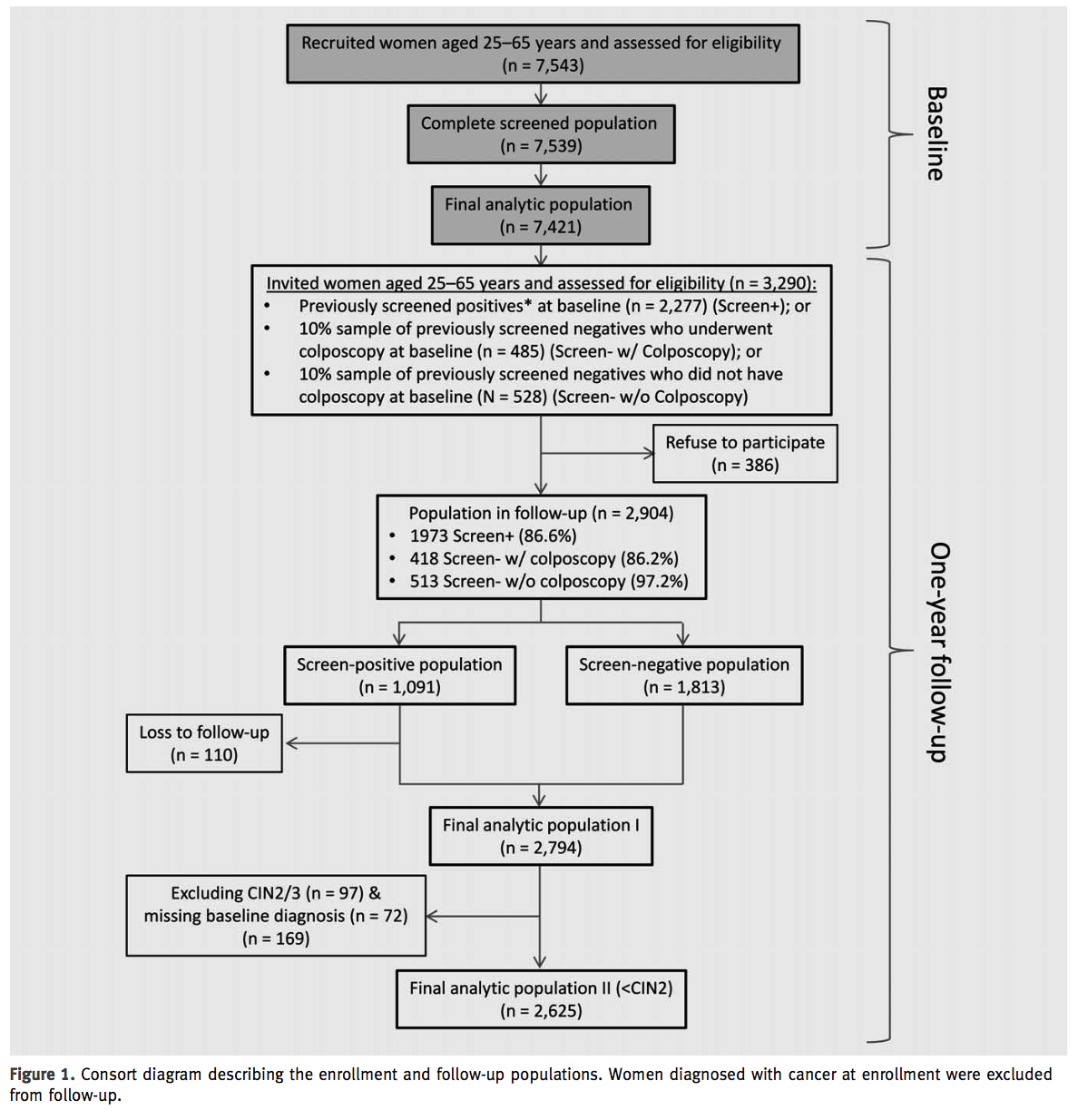 This study examined the efficacy of the OncoE6™ Cervical Test, careHPV™ and visual inspection with acetic acid (VIA) in identifying women at risk for cervical cancer and their capability to detect incident cervical precancer and cancer at 1-year follow-up. In a population of 7,543 women living in rural China, women provided a self-collected and two clinician-collected specimens and underwent VIA. All screen positive women for any of the tests, a ~10% random sample of test-negative women that underwent colposcopy at baseline, and an additional ~10% random sample of test-negative women who did not undergo colposcopy at baseline (n=5 3,290) were recruited. 2,904 women were rescreened 1 year later using the same tests, colposcopic referral criteria, and procedures. Sensitivities of baseline tests to detect 1-year cumulative cervical intra- epithelial neoplasia Grade 3 or cancer (CIN3+) were 96.5% and 81.6% for careHPV™ on clinician-collected and self- collected specimens, respectively, and 54.4% for OncoE6™ test. The OncoE6™ test was very specific (99.1%) and had the greatest positive predictive value (PPV; 47.7%) for CIN3+. Baseline and 1-year follow-up cervical specimens testing HPV DNA positive was sensitive (88.0%) but poorly predictive (5.5–6.0%) of incident CIN2+, whereas testing repeat HPV16, 18 and 45 E6 positive identified only 24.0% of incident CIN2+ but had a predictive value of 33.3%. This study highlights the different utility of HPV DNA and E6 tests, the former as a screening and the latter as a diagnostic test, for detection of cervical precancer and cancer.